“People are free to decide what they do with the efforts of designers of any stripe – that’s entirely ok. But when a publicly funded organisation (whose entire justification for their funding, and thus their existence, turns on promoting and championing design) chooses a crowdsourcing model, it’s incredibly disappointing to say the least.”

Quoted from this considered piece on desktop magazine:

The contest has since been pulled from the crowdsourcing website, due in part to the quality of many of the poster entries that were submitted (archived here on Limeworks). 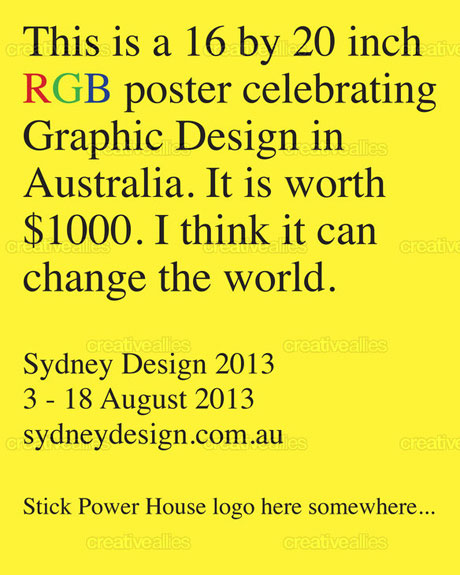 One response to “Powerhouse Museum tries crowdsourcing for Sydney Design, then pulls contest”